Isaac is a devil forgemaster with an inferiority complex.

Because Isaac's sister Julia's last name is "Laforeze", it is easy to assume that Isaac's last name is also Laforeze. This is not necessarily the case, as Julia could have been widowed among other things, but it is a reasonable assumption. It is sometimes speculated that Isaac renounced his family name when he joined forces with Dracula.

As with many "best friend" relationships found in Castlevania games, many in the fan community suspect a homosexual relationship between Isaac and Hector. In Isaac's case, his mannerisms and the fact that he kissed Trevor after impaling him make it very likely that Isaac is in fact a (stereotipical and effeminate) homosexual. Such a relationship between him and Hector is pure speculation however. The exact nature of their friendship is not well understood from the game. Julia did make it clear that Isaac respected Hector though. The unfinished Castlevania: Curse of Darkness Manga (which is of unclear canon, but was supervised by Iga) started to give some hints on what their relationship may have been. In the manga, Isaac declares that he always knew that he and Hector would be enemies one day. Isaac was a man wholly devoted to Dracula and desperately desired to be noticed by him, and then Hector appeared suddenly as Dracula's "favorite". It is unclear how their friendship progressed during the time before Dracula's war on humanity, but they may have come to understand each other. Then their different reactions to Dracula's orders to conduct his war on humanity would split them apart. While Isaac fully embraced whatever Dracula's agenda with glee and would do whatever would make him happy, Hector did so with a heavy heart, a sense of that he was obligated to Dracula for what he had done for him, and a fear of what might happen to him if he disobeyed. When Hector finally defected, Isaac was sent to find him. The fact that this caused Isaac to be away from Dracula at the hour of his greatest need embittered Isaac terribly. Perhaps he could have prevented Dracula's downfall if only Hector's erratic behavior hadn't caused him to be away from the Castle at that moment. If he could not do that, then he could at least he could have died by Dracula's side. This anger, magnified by the effects of Dracula's curse, is what drove him to seek vengeance against Hector in the game Curse of Darkness.

Note: Please obtain permission from the artist before hosting the image on the Castlevania Wiki 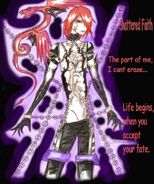 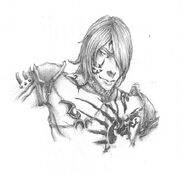 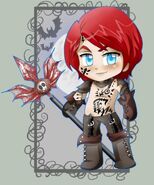 Chibi Isaac by Kazuo Sama
Add a photo to this gallery

Retrieved from "https://castlevaniafan.fandom.com/wiki/Isaac?oldid=8238"
Community content is available under CC-BY-SA unless otherwise noted.