Trevor Belmont is the legendary the first man to destroy Dracula. 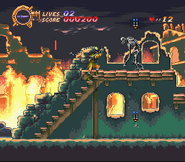 Note: Please obtain permission from the writer before hosting any fanfics on the Castlevania Wiki. This applies to any articles about them as well.

Trevor in CVRPG sprite comic
Add a photo to this gallery

Note: Please obtain permission from the artist before hosting the image on the Castlevania Wiki

Trevor vs. Dracula in Dracula's Curse in 1476 Art by JonnyBlackmage.

Trevor and Richter by Furan San 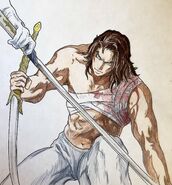 Trevor in sword training.
Add a photo to this gallery

Add a photo to this gallery

Retrieved from "https://castlevaniafan.fandom.com/wiki/Trevor_Belmont?oldid=10521"
Community content is available under CC-BY-SA unless otherwise noted.